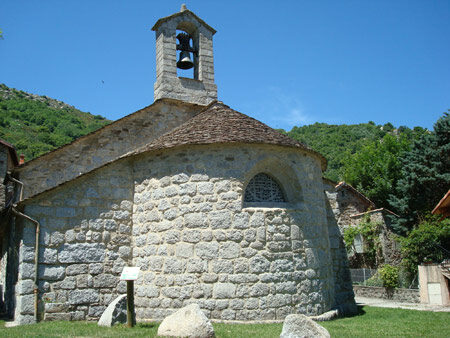 The temple of Vialas: another survivor, another story. It was built in 1612. With the revocation of the Edict of Nantes, worship was banned and the temple became a Catholic church. Because of its new vocation, it underwent some modifications. A sacristy and the bell tower were also added. The rustic building, with its long granite walls and columns, has a massive stone vault and thus supports a roof of lauze without any framework.