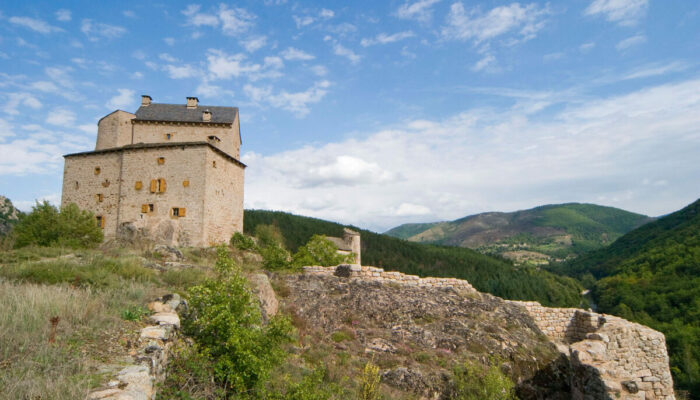 Close to Florac on the road that goes up to the Pont de Montvert, it dominates the valley of its massive structure. Built in granite stones, it imposes with its square dungeon flanked by a round tower. Several buildings revolve around the main building. It is found in texts in the thirteenth century. The successive owners are: Pérégine de Chabrières, Guyot of Malbosc, Marie-Thérèse of Malboosc de Miral wife of Jean Antoine of Borne d'Altier du Champ ... In the 14th century, it is the only refuge for the inhabitants of the neighboring villages against the English and the truckers who ransom the region. In the 17th century the abbot of Chayla inspector of missions in the Hautes-Cevennes stayed there being a Catholic stronghold, before being murdered by the Protestants at the Pont de Montvert, which triggered the war of the Camisards. In 1980, the owners began restoration work. In 1984, this beautiful ensemble is protected as historical monuments.