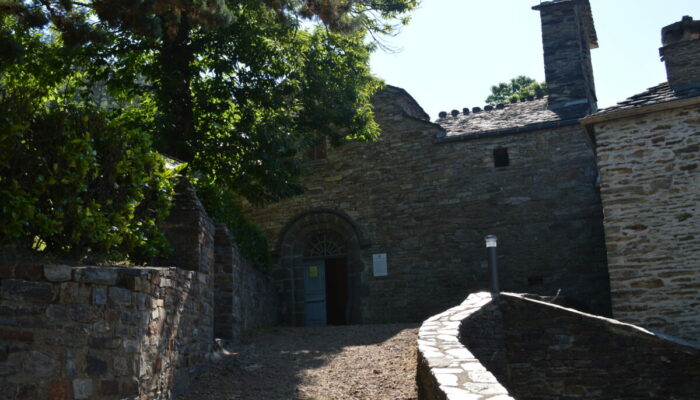 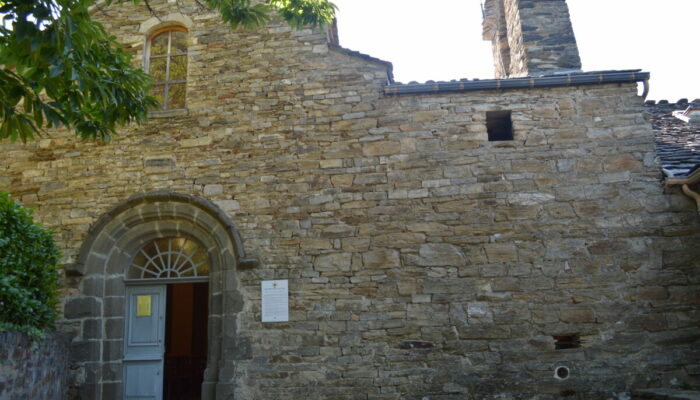 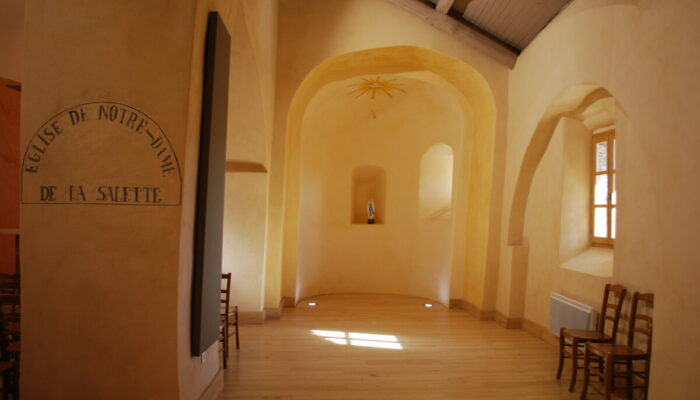 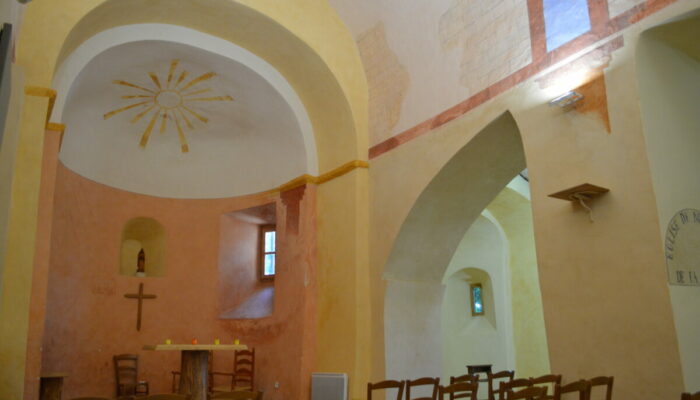 The church of Saint-Privat-de-Vallongue is a Romanesque church built in the 12th century by the monks of the abbey of Cendras, located in the Cévennes of Gard. Originally in the heart of an important village that has disappeared, it was damaged many times during the local religious conflicts of the 18th century and the French Revolution.
Its plan is composed of a nave of three bays with a barrel vault and ending in a semi-circular apse. To the south, a small, later two-bay side aisle ends in an apsidal chapel.
Built in schist, as is the presbytery adjoining it, it is a characteristic example of Romanesque architecture in the Cévennes, with in particular a beautiful schist bonding at the level of the external chevet.
Recently restored, it sometimes hosts musical events.