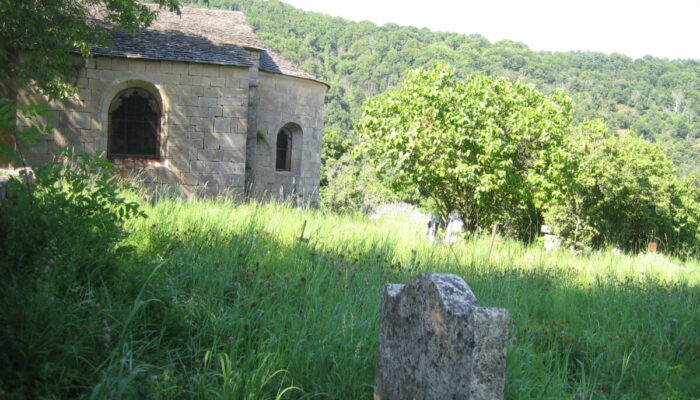 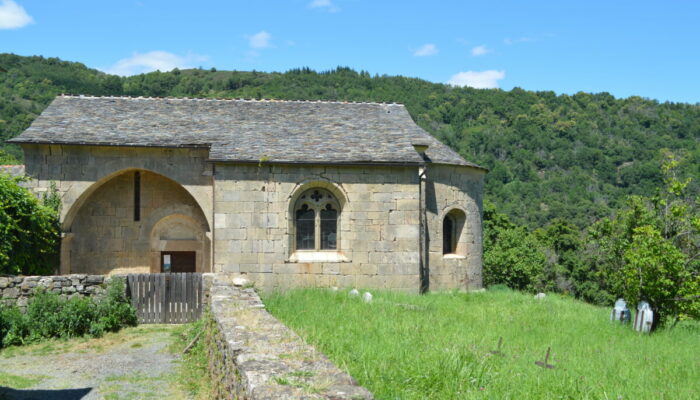 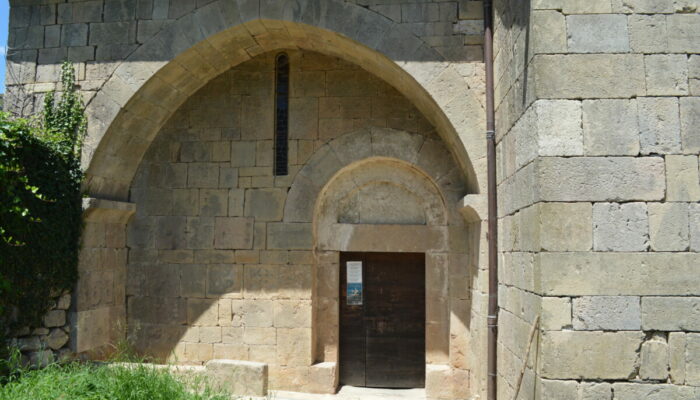 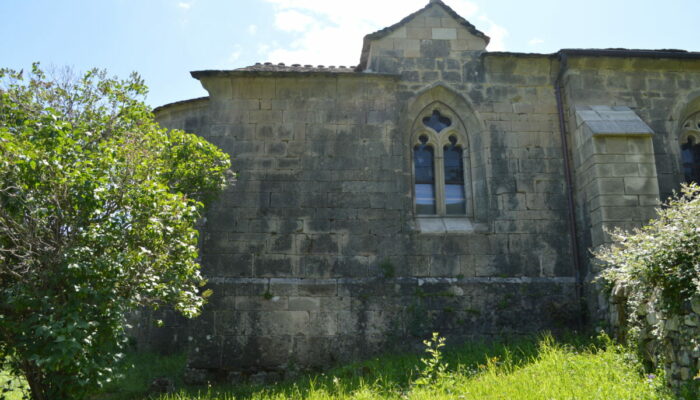 Jewel of stone in a green setting, far from the world and noise, it is a magical and welcoming place, a haven of meditation and peace. It is open to all, believers of all faiths and unbelievers who come in large numbers and appreciate the harmony and extraordinary acoustics. Romanesque church whose walls and floor are limestone and roof slate shale, it houses, in addition to its nave, three side chapels built or furnished several centuries later and Gothic style. Used for the exercise of Catholic worship until the middle of the 18th century and decommissioned, it became a shelter for fodder and agricultural tools until 1956, the year of its inscription in the Supplementary Inventory of Historical Monuments. It was acquired in 1960 by the Department of Lozere has ensured the restoration with the financial assistance of the Cevennes National Park, the Languedoc Roussillon Region and the State.